The "Gongchig," by Jigten Sumgon (1143 - 1217) is regarded by practitioners as their tradition's most important and at the same time most difficult text. The Eighth Karmapa even went so far as to praise it as the "Doctrine of the Kaygupas," and many westerners with an interest in these teachings have been waiting for years for a translation. Now, for the first time, the Drikung Kagyu Institute's translator training program has made available a German and English-language translation of the root text and Chokyi Dragpa's (1595 - 1659) precise commentary. This edition also renders the texts accessible to readers with little background in Buddhist philosophy. All of the Tibetan source texts are included as well.

In his work Engaging by Stages in the Teachings of the Buddha, the great Tibetan master Phagmodrupa (1110-1170) sets out the Buddhist path with the utmost clarity. For the first time, this seminal treatise is now available in English. Phagmodrupa illustrates the sequential stages of entering the Buddhist path: placing trust in the spiritual tutor, taking refuge, meditating upon love and compassion, and attaining the three bodies of the Buddha. A biography of Phagmodrupa, also contained herein, provides insight into the life and work of this important master.

Tibetans accord The Hundred Thousand Songs of Milarepa a classic status comparable to that of the Mahabharata and the Bible, and revere its author as probably the best single exemplar of the religious life. Milarepa was an eleventh-century Buddhist poet and saint, a cotton-clad yogi who avoided the scholarly institutions of his time and wandered from village to village, teaching enlightenment and the path to Buddhahood through his spontaneously composed songs. Wherever he went, crowds of people gathered to hear his sweet sounding voice "singing the Dharma."

A masterwork of Tibetan Buddhism—providing the complete foundation for study and practice—from beginning to Buddhahood. Includes teachings on Buddha-nature, finding the spiritual master, impermanence, karma, cultivation of bodhicitta, development of the six perfections, the ten bodhisattva bhumis, Buddhahood, and the activities of the Buddha.

Patrul Rinpoche
The Words of My Perfect Teacher

Wisdom Books ISBN 9780300165326
A classic commentary on the preliminary practices of the Longchen Nyintig - one of the best known cycles of teachings and a spiritual treasure of the Nyingma tradition. Patrul Rinpoche makes the technicalities of his subject accessible through a wealth of stories and references to everyday life. His style of mixing broad colloquialisms, stringent irony and poetry has all the life and atmosphere of an oral teaching, making this a quintessential introduction to Tibetan Buddhist practice.

Mahamudra, the highest level of teaching within Tibetan Buddhism, rewards study and practice with the realization of the very nature of mind itself. There is not a single experience which is not subsumed within the realizations of Mahamudra. On his first tour of the United States, H.H. Chetsang Rinpoche gave detailed instructions in Mahamudra methods. He carefully explained each of the five stages of Mahamudra and taught its main meditational practices. He also gave precise instructions on posture and breathing for meditation and answered many common questions using the teachings of Tilopa and Gampopa to illustrate his various points. ...the clearest presentation of Mahamudra meditation practice available in English.--Wisconsin Bookwatch

The Tibetan manuscripts discovered in Dunhuang at the turn of the last century lay buried under the sands of a forgotten Silk Road oasis for a thousand years. As authentic and unaltered records of events in Pugyal Tibet, these documents comprise the earliest and most reliable sources on the Tibetan dynasty, providing us with a valuable window into the social structure, politics, legal system, military and economic matters, religion, and culture of Pugyal Tibet. In addition, they contain ample material on alliances, disputes, and other relations between Tibet and her neighboring countries and peoples. The first survey of its kind based on ancient manuscripts from Dunhuang and told in a modern Tibetan voice, A History of the Tibetan Empire starts with an examination of the dynasty’s prehistoric origins and then proceeds to trace the line of Pugyal tsenpo, or emperors, from the founding emperor Nyatri Tsenpo in the 5th century BCE, until the empire’s collapse following the assassination of the last emperor Uidum Tsenpo (Lang Darma) in the 9th century CE. Along the way, H.H. the Drikung Kyabgon Chetsang presents authoritative glosses of archaic terms and renders the original texts into simple, modern language. This volume brings together full-color images of the manuscripts with the author’s commentary in an English translation aimed at a nonspecialist audience, while yet retaining the rigorous detail that will be appreciated by scholars in Tibetan studies. The appendices include bibliographic compilations of publications in Tibetan, Chinese, and Western languages, providing a unique resource to those engaged in the study of Tibetan history.

Elmar R. Gruber
From the Heart of Tibet, Biography of His Holiness the Drikung Kyabgon Chetsang
Shambhala ISBN: 9781590307656

Elmar R. Gruber recounts the fascinating story of the Drikung Kyabgön Chetsang. The book, which contains many photos, is an enthralling account of a courageous life, spanning the time in the Land of Snows rooted in Buddhist tradition, through the period of Chinese occupation and oppression, followed by escape and exile. It also traces the volatile history of the Drikung lineage through the ages and its remarkable restoration and prospering accomplished by the enlightened activity of the Drikung Kyabgön Chetsang. 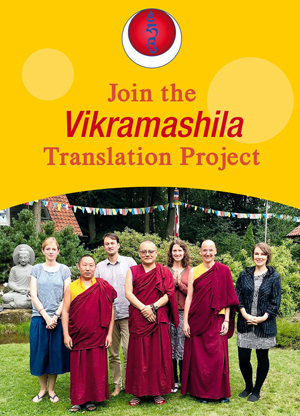 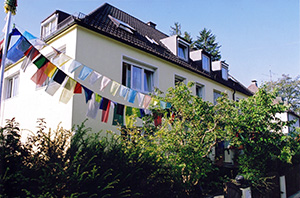